Vanadium One appoints O’Brien to board #TSXV $VONE 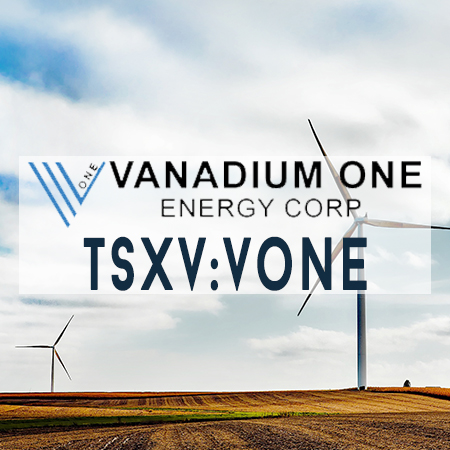 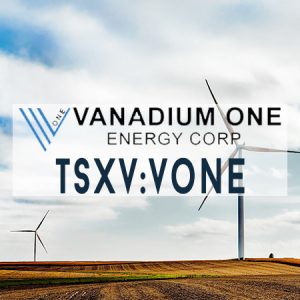 Vanadium One Energy Corp. has appointed Patrick D. O’Brien, ICDD, MIoD, to its board of directors.

Mr. O’Brien is a widely recognized and respected leader in the Canadian junior mining sector and one of the few experts in the world knowledgeable in the area of the Company’s claims regarding vanadium. Currently Mr. O’Brien is CEO and Chairperson of Junior Mining Incorporated, Executive Editor/Chairperson juniormining.com, CEO/Founder of RockStar Capital Corporation, and CEO/Chairperson of Paymaster Mining Corporation. Mr. O’Brien is a Certified Corporate Director (ICD.D designation) and Member of the Institute of Corporate Directors; and a full member of the Institute of Directors (MIoD designation), Pall Mall, England.

Mr. O’Brien has more than 25 years of Senior Corporate Management and Board of Directors experience having served as Chairperson, and Committee Chair. Patrick championed the successful roll-out of two IPOs on the TSX Venture Exchange. For one, he achieved and maintained Tier 1 Status for more than 21 years, had it appointed to the inaugural junior market index, and qualified it for trading on the United States OTCQX platform.

Mr. O’Brien, served 21 years as the CEO of what is currently known as VanadiumCorp Resource Inc., and during his tenure acquired a substantial 865 sq. km. mineral claim/permit assemblage in the heart of the Raglan Nickel-Copper-PGM camp in northern Quebec. His ambitious activities in the area led to an extensive staking rush, tens of millions of dollars of exploration in the region, and a new nickel mine being opened and acquired by a Chinese conglomerate for several hundred million dollars. Under Mr. O’Brien, VRB was able to sell to the Chinese and shift its sights onto Chibougamau, Quebec.

Following the Raglan camp sale, Mr. O’Brien continued as CEO/Chairperson of VanadiumCorp, and solidly established his presence within the Canadian Vanadium industry with the surprise staking of more than 800 sq. kms of key mineral claims in the heart of the Chibougamau, Quebec gold-copper mining camp. Like the Raglan, with Mr. O’Brien and VRB’s presence, the Chibougamau camp came alive and again a staking rush ensued. Pat’s ambitious early staking program in Chibougamau led to VanadiumCorp owning many coveted exploration assets of merit.

Mr. O’Brien then followed up the Chibougamau acquisitions with what many thought was impossible. His research led him to conclude that for some reason, perhaps error, the highly coveted “21 K-claims” as they are known, hosting what is recognized as the world-renown Lac Dore Vanadium Deposit, were about to come open. The Lac Dore was discovered by the Quebec government and was a crown asset for approximately 50 years. Mr. O’Brien successfully led the company to gain VanadiumCorp’s title to the Lac Dore claims. Mr. O’Brien is also the person who negotiated and concluded the acquisition of the Quebec based Iron-T Vanadium deposit, and controlled the large staking campaign to extend the Iron-T.

In 2009, Mr. O’Brien requested that his lead geologist, who had also spearheaded the ground staking of the Lac Dore and Lac Dore North in 2007 for VanadiumCorp, proceed to research and scope out the nearby Mont Sorcier deposit. At the recommendation of the geologist, VanadiumCorp proceeded to stake a significant portion of the 270 million tonne Mont Sorcier Vanadium-Iron Deposit. The entire Mont Sorcier deposit is now a key asset of Vanadium One Energy Corp. and lies next to the VandiumCorp deposit. As a result of his earlier due diligence, Mr. O’Brien has extensive knowledge of the Company’s Mont Sorcier Vanadium Project and considers it a valuable asset.

John Priestner, CEO of Vanadium One Energy commented, “We welcome Pat O’Brien to the board. Pat is well recognized as a leader in the Vanadium community and we look forward to drawing on his expertise as the Company moves towards securing an offtake agreement in the vanadium battery space.”